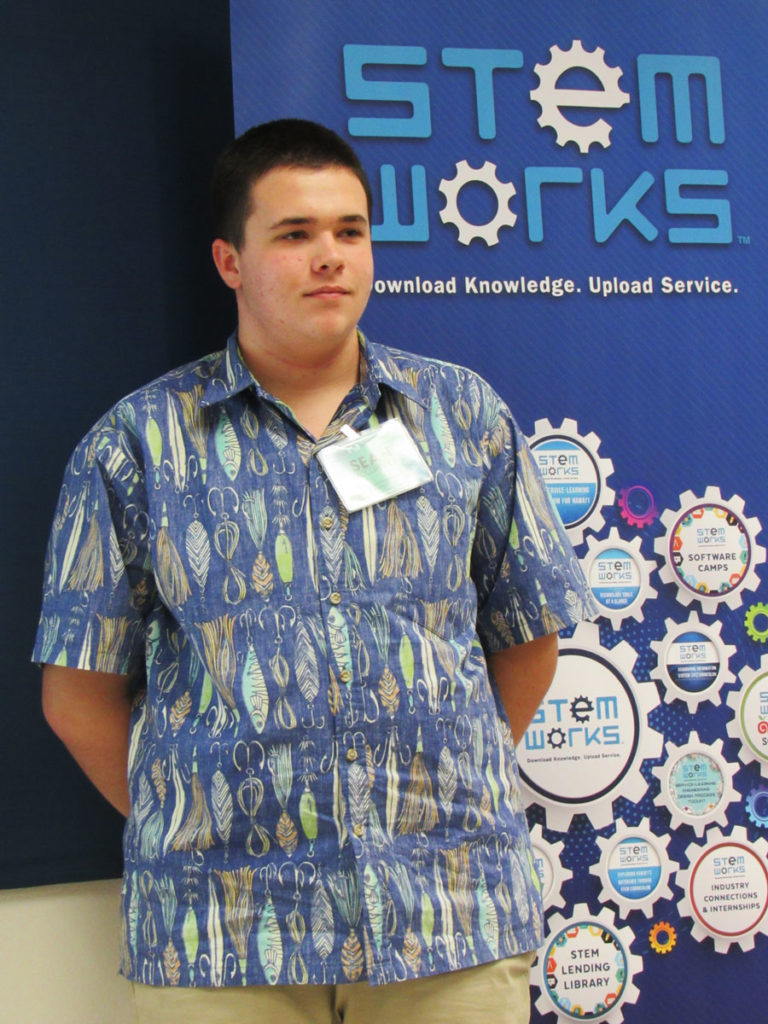 McCormick’s STEMworks™ Internship project included creating a computer program that can help astronomers find and predict the transit of an exoplanet, the passage of a planet between a star and the Earth. He worked with Dr. J. D. Armstrong, an astronomer and the Education Outreach Specialist from the University of Hawaii Institute for Astronomy (IfA).

McCormick explained, “An exoplanet is a planet orbiting around a star other than the Sun. Exoplanets are difficult to identify as they cannot be directly seen in a telescopic image due to their distance from Earth. Exoplanets are identified when they block a small amount of light from the star they are orbiting. Observations are collected, and the intensity of the star is graphed over time. If there is an exoplanet, the graph will have a U-shaped dip. The radius of the planet, relative to the parent star, can be determined at this point by using the ratio of the star’s intensity when the exoplanet is transiting and when it is not. This is indicative of how much of the light from the star is being blocked by the exoplanet. I discovered that entering the collected data into a supercomputer is the best approach to this problem.”

McCormick found his project fun and challenging—trying to learn the math and figure out how to automate it. He noted, “I am looking forward to continuing to work on research projects with both STEMworks™ and the IfA in the future.”

Dr. Armstrong concluded, “Every year MEDB sends me some amazing interns to work with. I appreciate the level of skills, hard work, and creativity they bring to the IfA.”

During my summer internship I had the chance to analyze the light from stars to discover exoplanets. Thank you STEMworks™ and IfA for the opportunity to experience a job in astronomy!