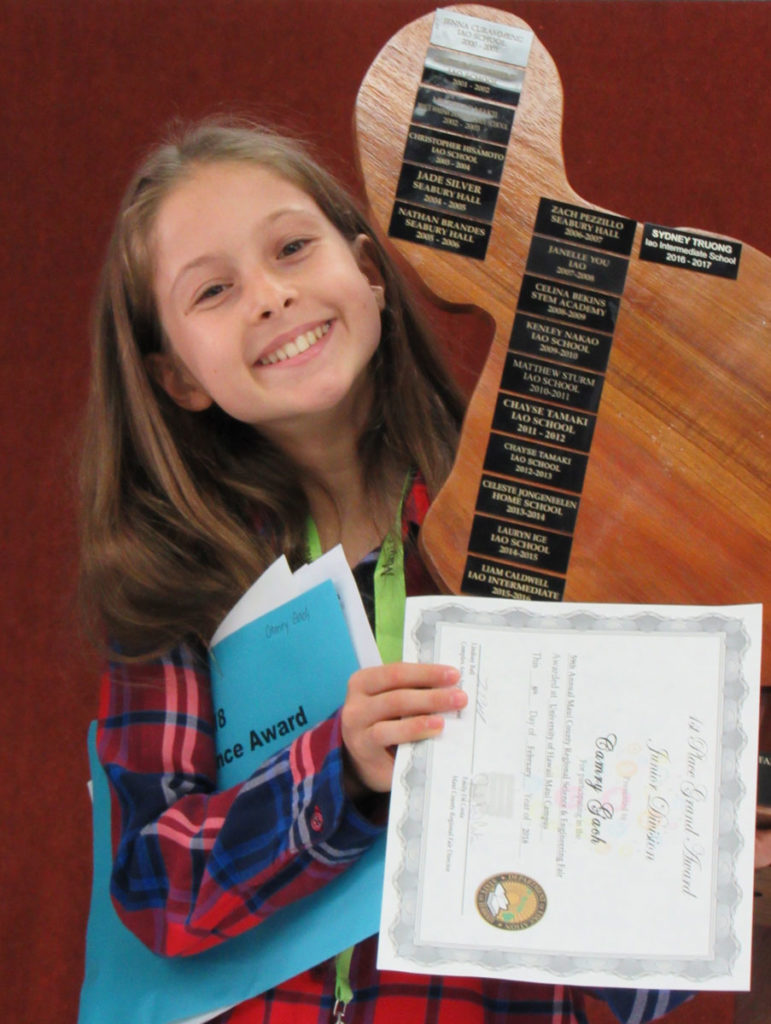 “My science fair project, The Effect of Different Lenses and Lights on Solar Power, tested convex, concave, and flat glass at three different heights: 20, 30, and 50 centimeters away from a photovoltaic cell (mini solar panel) to see if they would increase the voltage of the focal point on the cell,” said Gach. “I became interested in this project because I have always been so amazed that energy can be produced from the sun without having to emit a by-product into the air. With such a phenomenal form of sustainable energy, I wanted to contribute to solar panel companies by increasing the voltage that a solar panel produces. I knew that lenses directed light, so I decided to experiment with them to see if that could increase solar voltage. The red light with the convex lens at 30cm from the cell had the highest voltage. The red light mostly had the best results, because it has longer wavelengths than the blue light, which made it travel to the lenses more efficiently.”

Gach’s vision for moving forward with this project is to test a giant convex lens that is bigger than the cell to see if that will increase the output of the whole photovoltaic cell and not just the focal point. “This may increase solar power, because the convex lens will collect light outside the perimeter of the cell and direct that light into the photovoltaic cell,” said Gach, who also would like to continue this experiment by testing with the sun as a light source to represent solar power more realistically. “I feel very excited to continue my project and contribute to solar research.”

I am also interested in testing a Fresnel lens because it uses many lenses and angles to concentrate light.