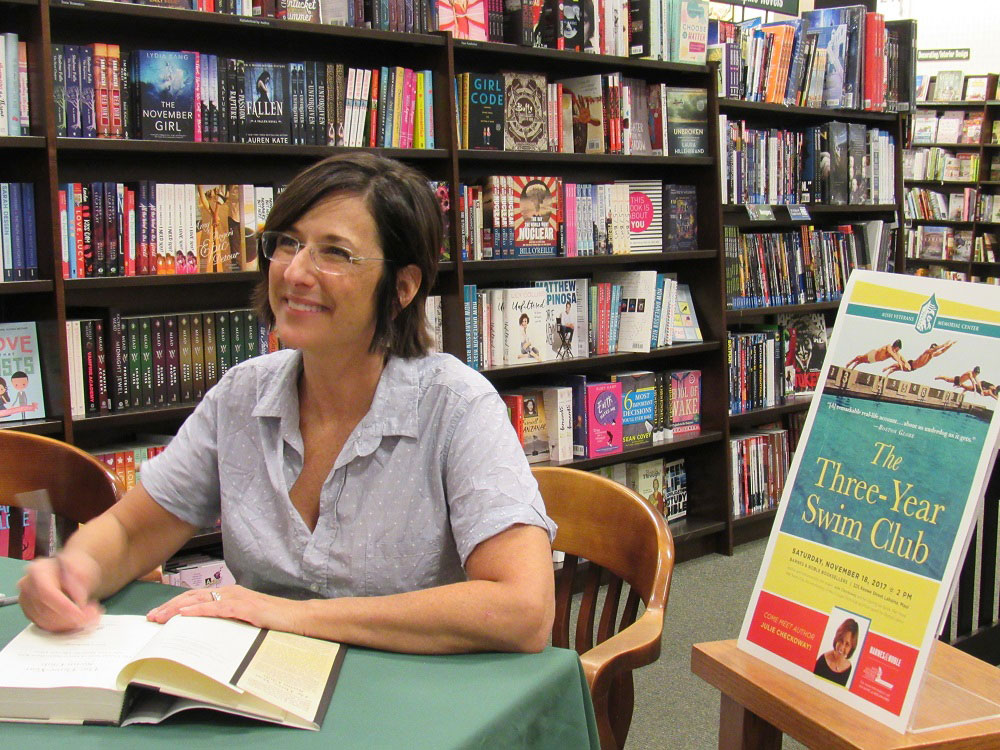 The community came out in droves for a November Barnes & Noble-Maui book signing to meet Julie Checkoway, author of The Three-Year Swim Club: The Untold Story of Maui’s Sugar Ditch Kids and Their Quest for Olympic Glory. The book, detailing the story of how Maui Coach Soichi Sakamoto developed Olympic swimming champions in the 1930s and 40s, is an extraordinary tale that Checkoway felt called to tell. “I’m from New England, so writing a story about another culture was a very delicate mission to undertake,” she explained. “In 2008 I received a phone call from a friend asking me if I had heard the story of these Hawaiian-Japanese American kids in the 30s who, against all odds, became Olympians. They were from poor families, swam in irrigation ditches on the Pu’unene sugar plantation, and trained with a coach who didn’t even know how to swim well. The more I researched, the more I realized that there was no one source that told the whole story of these extraordinary people and events. I’m honored to share their story with Maui and the world.”

Checkoway said Coach Keith Arakaki, Hawaii Swim Club-Oahu, was the bearer of the story for her. She then interviewed Bill Smith, now deceased, who won two Gold Medals in the 1948 Olympics. “The Smith family provided me with scrapbooks and priceless information,” she said. “The book includes everything about the swim team and their travels around the world as National Champions. I’m still amazed at how shoeless kids who sucked on sugarcane for their strength, did something so formidable. Teaching perseverance, Coach Sakamoto got them to believe in themselves.”

Bob Pellettieri, president of Hawaii Swim Club-Maui, agreed, “All the swimmers are proud of Checkoway’s book. It speaks of the determination that keeps going in the swim world and it’s great to finally have the whole story told.”

Deidre Tegarden, executive director of Nisei Veterans Memorial Center-Maui County, concluded, “Many of the swim team served in the military. Their story continues to inspire people to find the hero in themselves.”

As a former swimmer with Hawaii Swim Club-Maui, I appreciate all the research Checkoway compiled. The Three-Year Swim Club story will be passed down through generations.