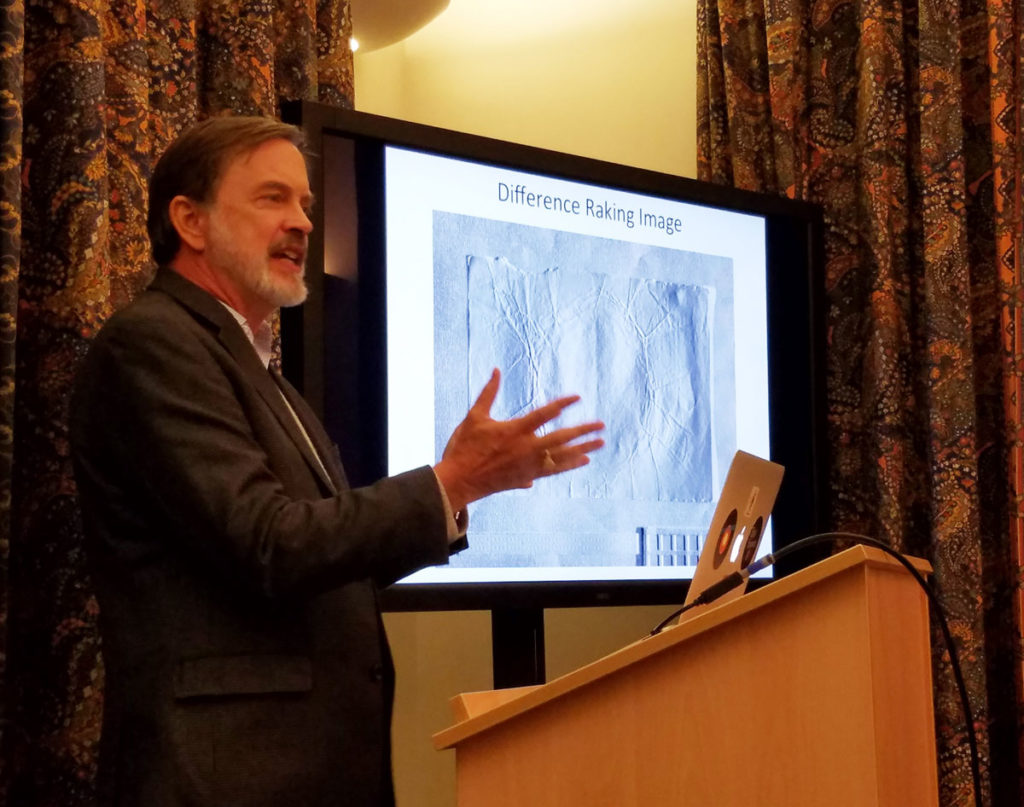 Dr. Keith Knox, retired Technical Advisor for the Space Surveillance Systems Branch of Air Force Research Laboratory in Kihei, has been involved in an extraordinary project. For more than 25 years, in his spare time, Knox has worked with an international team of scientists who travel to different parts of the world to recover writing on ancient documents. In this past year, he has traveled to libraries in Belfast, Oxford, Milan, Vienna, Berlin, and the south of France.

“Multispectral imaging, a technique for observing the Earth from satellites, can uncover the erased texts of ancient manuscripts too,” said Knox, whose expertise in this field has also taken him to India and Egypt. “In our manipulation of the digital images, we use these different spectral responses to separate the two writings and enhance the erased writing, making it easier for researchers to study.”

Knox’s work assists scholars to read the ancient manuscripts that have been erased, overwritten, damaged, or simply faded with time. In many cases, the writing is invisible to the eye, but not the camera. Knox’s contribution is the development of image processing software tools that process the multispectral data to reveal the text. His efforts are advancing both our historical understanding of the recovered texts and our scientific understanding of the multispectral techniques needed to make the erased texts legible again.

Among the discoveries made from his images include the 1871 diary of Dr. David Livingstone, the famous explorer of Africa, which was read for the first time since it was written 145 years ago. At St. Catherine’s Monastery in the Sinai Desert in Egypt, several discoveries have been made. “One scholar has been able to uncover new words in a manuscript written in Caucasian Albanian, a dead language spoken by no one in the world today,” Knox said. “This work is a chance to discover something that has been hidden for centuries and is otherwise lost to the world. To make a discovery of that magnitude is a thrill beyond measure!”

As a scientist, I relish the quest of working with old manuscripts to discover overwritten text from centuries earlier.