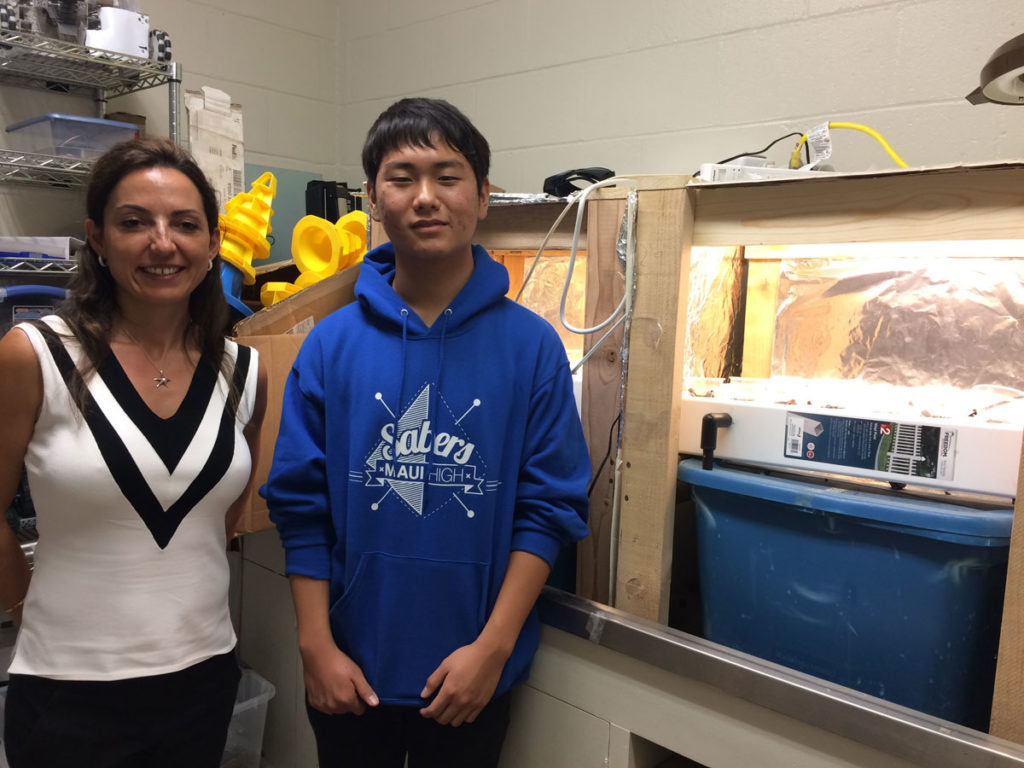 “Space radiation represents the major obstacle to manned missions to Mars,” said Bindi, who gave a presentation to Maui High students entitled, ‘When is the best time to go to Mars?’ “Radiation damages the DNA of the astronauts in irreversible ways. We are working with NASA to assess the amount of radiation astronauts would be exposed to, how to mitigate it using special shields, and the viability of food production on Mars.”

Mary Chin’s project was focused on the study of cosmic rays, building a low-cost muon detector and developing the software to operate it. Another student, OneJae Lee, designed and built his own hydroponic system to test the effects of space radiation on food plants. “Although it is difficult to replicate galactic cosmic rays in a laboratory, it is possible to test other high-energy radiation,” Lee explained. “I found many challenges to having the plants survive even with lower-energy ultraviolet-C rays.”

Zain Jabbar researched coronal holes caused by interacting magnetic fields on the sun and whether they are related to sunspot activity. “I looked for a connection to the solar cycle, comparing conditions when the sun is very active and when it is much less active. Greater solar activity can result in electrical grid blackouts around the world.”

I mimicked conditions on Mars using ultraviolet-C rays to study whether the light present on Mars could be used for plant growth without special filters.