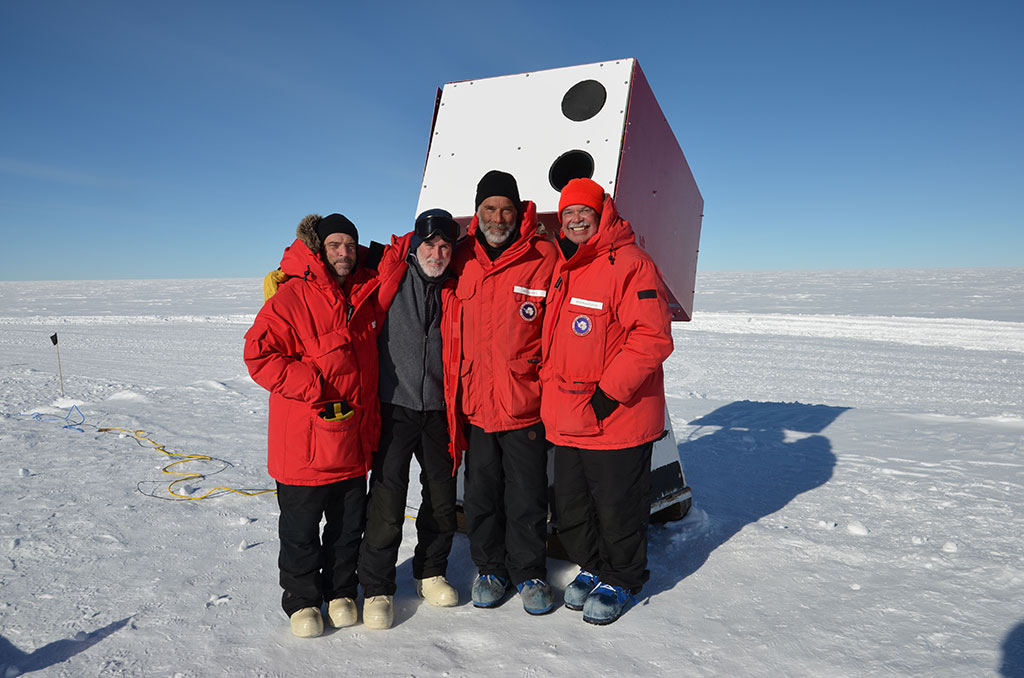 Bill Giebink, Maui High physical science teacher and the University of Hawaii Institute for Astronomy (IfA) Project Coordinator for their South Pole Project, recently visited the South Pole Solar Observatory (SPSO) in Antarctica. Giebink, one of a team of four, deployed to South Pole Station to assemble and test the instruments he helped build at IfA to record high-resolution images of the Sun. “I worked on the optical alignment, software development and general troubleshooting,” said Giebink. “The instruments installed at the South Pole log high-resolution images of the Sun every five seconds at two different heights in the sun’s atmosphere. The goals of the project are to measure and characterize internal gravity waves in the Sun’s atmosphere, identify the role of these waves in transporting energy and momentum, and use the properties of these waves to provide a mapping of the structure and dynamics of the Sun’s atmosphere.”

The acquired data will also have applications in several other areas of interest in solar physics, including studying the triggers of space weather events, such as solar flares and coronal mass ejections, which have direct societal impact. “The instruments are mapping the Sun’s sub-surface structure and dynamics, and investigate the solar coronal heating enigma,” said Giebink. “It is a long-standing puzzle why the temperature of the Sun’s atmosphere rises from about 6,000 degrees at its visible surface, the photosphere, to a few million degrees in its outer atmosphere, the corona.”

“It was a challenge to set up and run our experiment in such a difficult environment,” Giebink explained. “However, I got to work with a great team. We traveled by snowmobile to and from our field site each day. The group of four worked as two-person teams, each covering 12-hour shifts at SPSO. It was an unforgettable trip that not many people get to experience. I also enjoyed sharing pictures and stories with my Maui High students. They really liked the idea of tasting the 2,000 year old melted ice that I brought back!”

MEDB continuously supports our Maui High students with the necessary STEM tools to reach for the stars! One day my students will take part in an extraordinary South Pole experience!