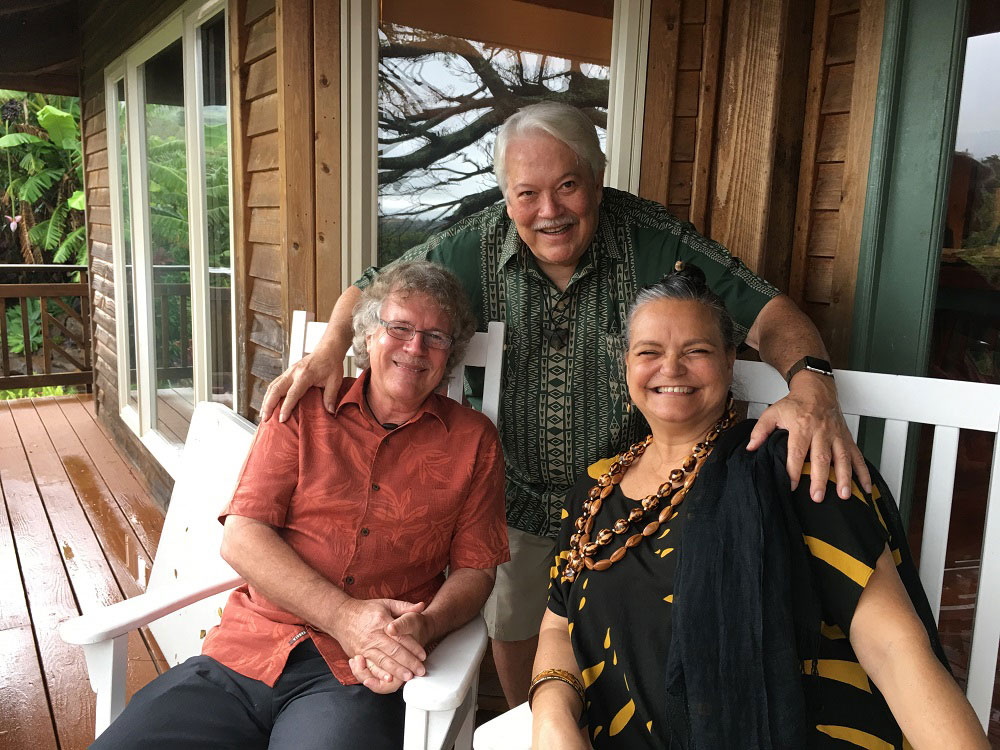 Maui residents Dr. Tom Vendetti, Robert Stone, and Keola and Moana Beamer recently received an award for “Environmental Activism in Film” at the 2018 Taos Film Festival in New Mexico. The award, inspired by the power of films to make positive changes for humanity, coincided with Earth Day. The theme of the 2018 festival was “Finding True Happiness in an Unsettled World”. Dr. Vendetti, Director of Mental Health Kokua, is also an Emmy award-winning director for his documentary films that lead to social change. “We are honored to receive the filmmakers’ activist award recognizing the mission to preserve the environment,” said Vendetti. “In my early twenties, I was convinced that finding the meaning of life was the path to happiness. So, I envisioned my own life as a quest.”

As a doctor and seeker, Vendetti made a multitude of documentaries in the psychological and environmental arena, which brought him insights that later extended into a fascination with other cultures and belief systems. Vendetti still works in mental health. However, his first visit to the Himalayas sparked his other career as an Emmy Award-winning documentary filmmaker.

Robert Stone, an Emmy award-winning director, producer, writer, and cinematographer, and Vendetti have traveled around the globe, co-producing seven films that have gone on to air on the Public Broadcasting System. Additionally, they founded the Angkor Wat International Film Festival in Siem Reap, Cambodia. “Through telling simple stories that open the heart and emotions, we have raised awareness of the sacred in everyday life,” said Stone. “We simply want to make a positive difference that will help all of us.”

Keola Beamer is a multi-award-winning musician, legendary slack key guitarist, and world-renowned Native Hawaiian musician. His wife Moana has expanded her role in his performances through dance, chants, singing background vocals, and playing several ancient Hawaiian percussive instruments. Together, they have been traveling with Vendetti and making films that bring Hawaiian music and dance to the world.

My cause for years has been promoting happiness, as both a psychologist and a filmmaker. Our latest film Tibetan Illusion Destroyer creates awareness of the illusions that cause human suffering.