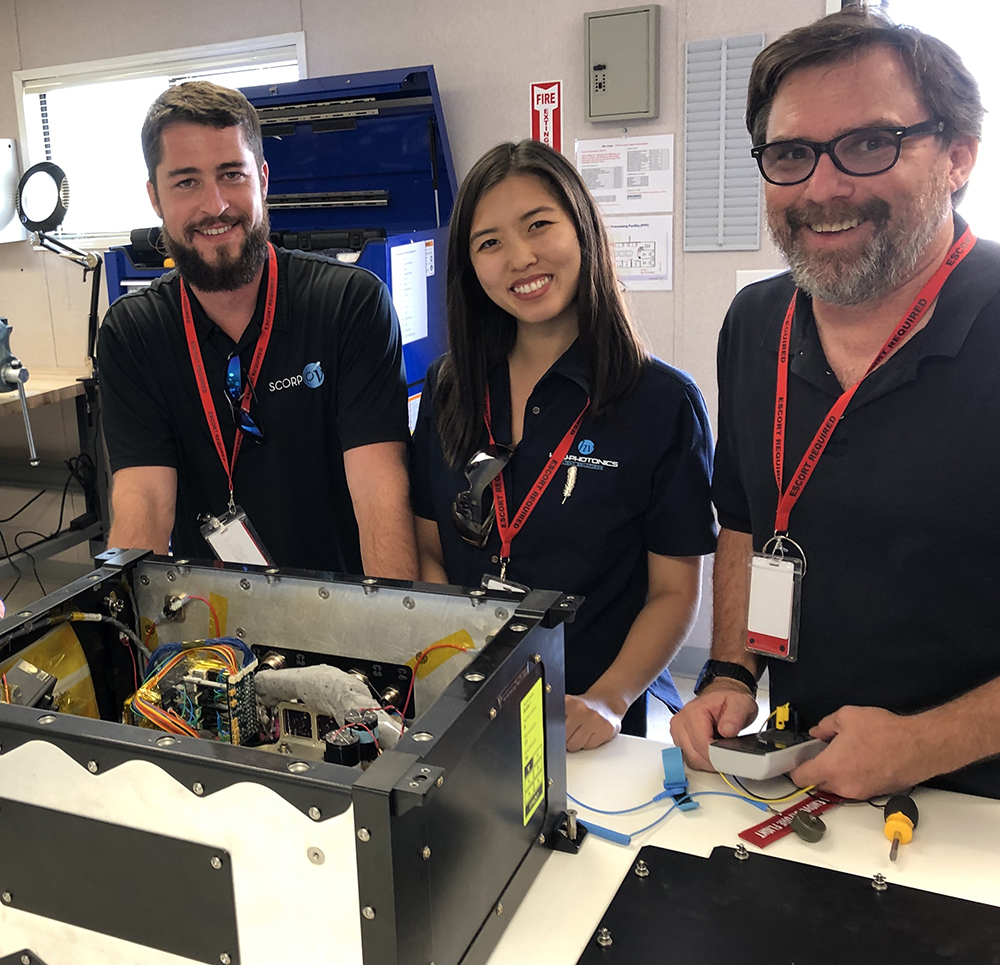 HNu Photonics LLC, an award-winning Maui science and technology company based in Kahului, brings another honor to Maui County for developing the Scorpio-V Mobile SpaceLab to study human biology on the International Space Station (ISS). “Maui Economic Development Board (MEDB) applauds HNu for aiding a better understanding of the impacts of life in space on the human body,” said Leslie Wilkins, MEDB President and CEO. “Over the last two decades the number of long-duration spaceflights have increased. Studies have shown the importance of additional research on the astronauts’ cognitive and behavioral activities due to microgravity.”

Scorpio-V, the space technology biological sciences division of HNu, designed the tissue and cell culturing facility which can perform biology experiments in space without the need for crew operations for as long as a month. “Scorpio-V’s Mobile SpaceLab, a fully automated, microfluidic and imaging platform, will perform the biological experiments on the ISS,” said Principal Investigator Dr. Caitlin O’Connell. “Our team of scientists will design and execute experiments to test the effects of microgravity on neurons and will control and monitor the experiments from Earth.”

O’Connell explained, “As the U.S. and other nations and organizations around the world expand space exploration, it has become imperative to better understand what life in space does to the human body in order to mitigate potential health risks. Furthermore, we think the neuron studies performed on the ISS with the Mobile SpaceLab will lend additional insights into earth-bound age-related cognition and decline.”

On Sunday, February 9, 2020, Northrop Grumman’s 13th commercial resupply mission for NASA, a Cygnus spacecraft on an Antares rocket, is scheduled to launch from NASA’s Wallops Flight Facility in Virginia and carry the Mobile SpaceLab to the ISS. In 2019, HNu Photonics was the first instrument builder to successfully be awarded a grant from NASA’s Space Biology Program to use the Mobile SpaceLab for its own biological experimentation during a roundtrip mission to the ISS. HNu Photonics was previously awarded a grant from NASA to include its instrument on a Blue Origin launch. Additionally, they have a Space Act agreement with NASA.

HNu is honored to be part of the science investigation and technology demonstrations on NASA’s February 9th mission to the ISS.