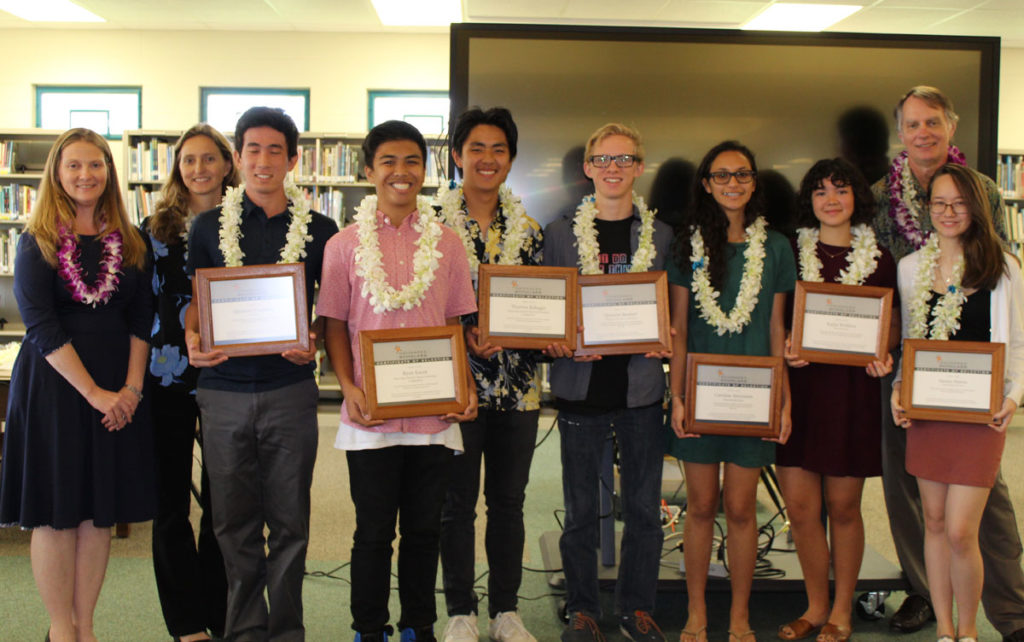 The Maunakea Scholars program, launched in 2015, created an official partnership between the Hawai’i State Department of Education (DOE), the University of Hawai’i, and Maunakea Observatories. Designed to bring Hawai’i’s high school students into one of the world’s most advanced observatory communities, the program’s third group of student astronomers are working with 10 participating international telescopes. Contributing to an innovative STEM (science, technology, engineering, mathematics) curriculum, the Maunakea Scholars provide amazing opportunities to the next generation.

The program pairs a professional astronomy mentor with students in each participating school to coach them through the process of interpreting astronomy data and crafting an original research application. The proposals are submitted to a time-allocation community for consideration, and projects are awarded highly valuable time on participating telescopes, based on the viability of the proposals.

Haines-Swatek became involved with the Maunakea Scholars after meeting with DOE and CFHT representatives at the 2017 Hawaii STEM Conference. “Because of the proximity to the Institute for Astronomy and the STEMworks™ electives taught at King Kekaulike, we make a perfect fit for the program,” she said. “The project stretched my student’s understanding of astronomy and pushed them to dream of something much larger than themselves. They are looking forward to conducting their research!”

Throughout the year, the Maunakea Scholars program supports each classroom with educational resources, including an integrated indigenous Hawaiian perspective on modern science education, led by ‘Imiloa Astronomy Center of Hawai’i.