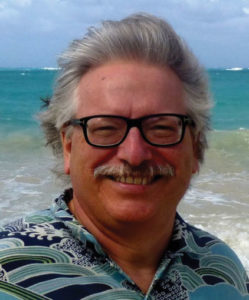 This past June the University of Hawaii’s (UH) Institute for Astronomy (IfA) celebrated its 50th anniversary with a three-day scientific conference on Oahu and a July open house event at its Maui facility in Pukalani. Although astronomy is one of the oldest sciences, new discoveries in the field are made almost daily. With nothing more than light collected by state-of-the-art telescopes, scientists can measure temperatures, compositions, velocities, and sizes. Combine this information with the laws of physics and chemistry, and it’s possible to study the powers of the Sun, find thousands of worlds around other stars, and even look back to the dawn of the Universe.

“Our top priority is ensuring that the IfA remains at the cutting edge of astronomy for decades to come,” said Gunther Hasinger, IfA Director. “We look forward to using the many new instruments and facilities that we will build and have access to in the next decades. On Haleakala, the Daniel K. Inouye Solar Telescope (DKIST), the largest of its kind in the world, will advance the frontiers of solar physics. The second Pan-STARRs telescope and the ATLAS telescope, paired with one on Mauna Loa, will improve the odds of finding asteroids and new objects on a collision course with the Earth. The PLANETS (Polarized Light from Atmospheres of Nearby Extra-Terrestrial Systems) telescope, by detecting light from exoplanets and outer atmospheres of planets, will search for life beyond the solar system.”

With these wonderful resources and an ongoing investment in world-class faculty, students, and educational and community programs, the IfA will be making discoveries that cannot even be imagined today. “We’re excited to reach the 50-year mark,” said Jeff Kuhn, IfA astronomer. “The IfA’s research programs started here on Maui with the Mees Solar Telescope in the early 60s. Now, as the IfA begins its second 50 years, we’re excited about the world’s largest coronagraphic telescope, the DKIST, beginning operations in 2020. It will bring new capabilities and understanding of the nearby Universe.”

MEDB congratulates the UH’s IfA on their 50th anniversary and looks forward to continuing our partnership to advance STEM outreach and education for Hawaii students.