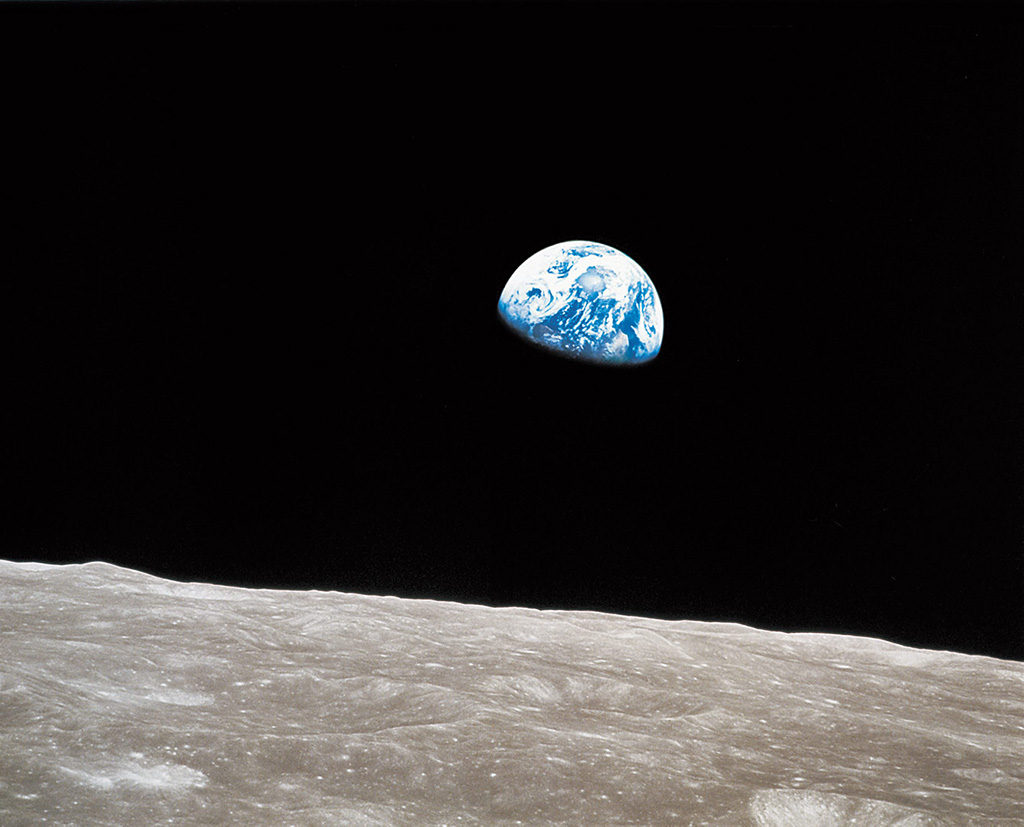 It began 51 years ago. On Christmas Eve, 1968, the Apollo 8 astronauts, Air Force Col. Frank Borman, Navy Capt. James A. Lovell Jr., and Air Force Major William A. Anders, became the first humans to see the far side of the moon and the first to enter lunar orbit. They also became the first to see the Earth as a whole planet, which Anders captured in his famous Earthrise photo− making us aware of our planet’s splendor and vulnerability.

Author Frank White later used the term “Overview Effect” in a 1998 book of that title, to describe the astronauts’ reaction to seeing the entire Earth at once. White explained, “As reported by almost all astronauts, the effect of seeing our planet’s beauty and fragility during spaceflight produces a cognitive shift in awareness. In this state of mental clarity, the viewer becomes overwhelmed and awed by the size and magnificence of Earth, seeing it hanging in the void.”

Maui Economic Development Board has invited numerous astronauts to speak with students during the annual Student Space Exploration Day. Astronauts Dr. Leroy Chiao, Dr. Ed Lu, and Dr. Janet Kavandi are among those who have shared their spaceflight experiences and the Overview Effect with Maui youth in recent years.

About her time in space, Kavandi recalled, “Being in space has made me more aware of the impact of humanity on the Earth. It made me feel more responsible and caring about the sustainability of our planet, and the peace and love it generates.” Lu said, “I became more aligned with universal purpose. I looked back at the planet and was struck by its beauty and vulnerability. Seeing massive craters pressed into its crust by past bombardments, I co-founded the B612 Foundation, a nonprofit dedicated to defense against asteroid impacts.” Chiao added, “Looking down at our beautiful world, I appreciated life more than ever. It made me reflect on what really is important. The grandeur of Planet Earth is mesmerizing. Seeing it from space made me want to be a steward of Earth. We, humanity, are on it together.”

As the New Year approaches, let us all take a moment, like our astronaut friends did, to reflect with admiration, gratitude and wonder for our planet Earth.

During their presentations, Astronauts Chiao, Lu, and Kavandi inspired Maui students with the wonders of the universe. MERRY CHRISTMAS TO ALL!

The Internet of Things – IoT – Impacts Everyone
Happy New Year 2020!