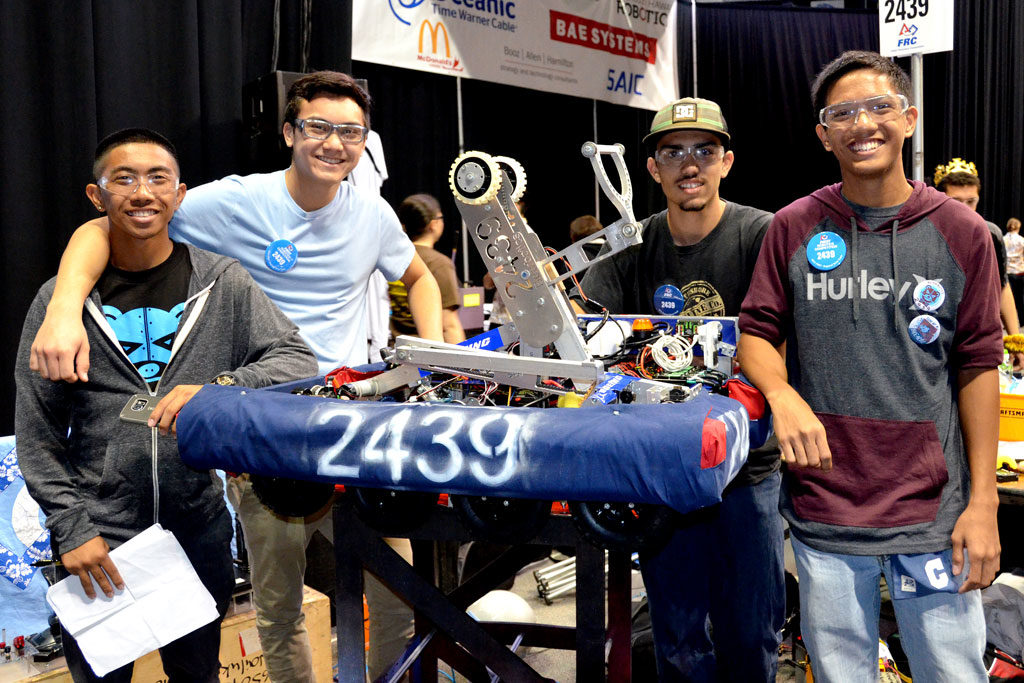 On April 1-2, Baldwin Robotics participated in the 2016 FIRST Hawaii Regional Competition in Honolulu, alongside 38 teams from around the world. During the competition, Baldwin Robotics, seeded third, formed an alliance with teams from Iolani High School and Kapolei High School. These three teams rallied together to take the crown, and will be participating in the 2016 FIRST World Championship in St. Louis, Missouri, April 27-30. “All parts of the team were really firing on all cylinders,” said Baldwin senior Dylan Copley. “We wouldn’t have been able to win without the hard work and dedication of the drivers, builders and scouts.”

This is Baldwin Robotics’ ninth year in FIRST Robotics and their third win in the past five years. “As a senior, it’s been great to see the team grow and achieve what we have this past season,” said scout Iris Lei Sanchez. “I thought it was cool to see our sketches come to life,” said senior and builder Sabrina Nassar. “Everyone contributed to the robot in their own way.” Mentor Suter said, “In my eight years of coaching robotics, I’ve never come across a better team that exhibited more passion and teamwork. I feel honored to have been able to work with these students. They are a testimony to their STEM educational programs made available through MEDB and community sponsorship.”

We wouldn’t have been able to achieve such a high level of excellence without the support of MEDB and all of our sponsors. I couldn’t have asked for a better team.