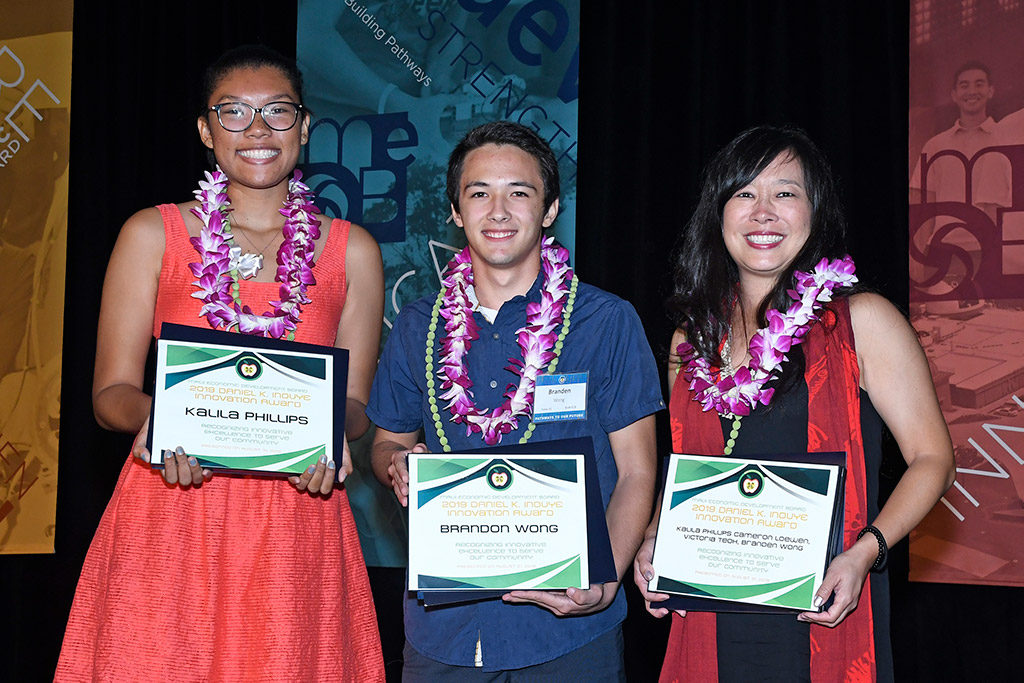 “Our project is about coral and the detrimental effects of coral bleaching,” the students explained. “We  focused on the coral species Pocillopora Eydouxi, a fragile, near-endangered branching coral. Our purpose was to create a strong base for the coral by cutting and gluing small pieces of it onto concrete. Then, when we planted it in the nursery, it had a strong enough base for the coral pieces to merge and grow together faster.”

On average, coral grows up to only five centimeters a year, which is why the team designed a mold and concrete model in a shape that would support their chosen species. By cutting the coral and planting it in a controlled nursery, it grew centimeters within a couple months.

“We started researching and brainstorming many possible ideas,” they said. “We knew we needed a strong base and wanted four arms as the starter branches. This way the branches would never tangle as it was forced to grow outwards. We were able to manipulate the coral over the concrete model, nursing them until they were strong enough to merge and live in the ocean.”

The students concluded, “Our project matters to the community because we can promote faster coral growth and awareness about global warming and coral bleaching. We were able to provide a possible solution to an irreversible situation, and are still working on the project. We are honored to win the 2019 DKII Award!”

As a STEMworks™ teacher, I am so grateful our students are exposed to emerging STEM careers and tools provided to us by MEDB’s STEMworks™. MEDB enables us to prepare students for future careers.